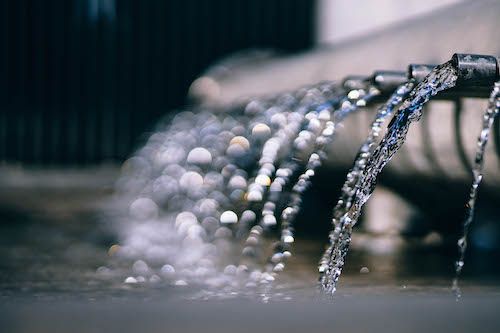 Peek inside Something in the Water

Get a sense of what's in store when you purchase your own copy of Something in the Water: Stories of Lincoln's Iconic Founders and Builders. Read the book's introduction written by Anthony (Tony) Goins below.

Lincoln, Nebraska was the fourteenth city I'd moved to in my life but the first to give me immediate reason to believe everything I'd heard about it.

The state tourism slogan when I arrived in July 2014 was "Nebraska Nice," and I learned upon my arrival how true that statement was. The welcome I received was as kind as any I could imagine. I knew straightaway there was something special about this place.

At the time, I was being recruited by the World's Foremost Bank, owned by Cabela's, to lead their operations. After three days of interviewing and touring the city, I determined that Lincoln would be home. I called my soon-to-be wife Kimberly. Let's just say her first response was not suitable for print! However, she agreed to follow me on this new journey. Let me tell you up front, the decision to relocate my family to Lincoln ranks as one of my best.

I officially arrived on August 17, 2014, and was greeted by the Tim Clare and Matt Hickey at Blue Sushi in the historic Haymarket District. After a few minutes of chatting, they made a phone call, and in walked then Nebraska football coach Bo Pelini. He drove over just to say hello.

Soon after, Tim and Brad Korell arranged a meet and greet for me at the Nebraska Club. So many major business and community leaders showed up--despite their busy schedules--just to say, "Welcome to Lincoln!" I was floored. After relocating fourteen times across the country, this was the first time I had received a true welcome.

As the attendees introduced themselves and shared about their businesses, I noticed a trend start to emerge: many were from multigenerational family businesses with national and international reach. The founders and builders of these businesses were all living in Lincoln, and most were Nebraska-born.

After only a few months on the ground, I had made so many new friends, both in and out of the business community, but all ingrained with a spirit of kindness and pride in their state. Among my new, true-blue Nebraskan friends was Jay Wilkinson, founder of Firespring. I had a conversation with Jay one day about my observation that, for a city of 300,000, there were a high number of multigenerational businesses with national reach. As a student of business, I told him, I was continually fascinated by the level of large-scale entrepreneurship here; it was just not normal. At every turn, I seemed to meet more wonderfully humble leaders who had amazing businesses. I kept saying, "There must be something in the water."

Whenever Jay and I got together after that, "something in the water" became a common topic of discussion. After many such conversations, Jay asked me to meet him for dinner. He excitedly pulled out a mockup of a book cover with the title Something in the Water: Stories of Lincoln's Iconic Founders and Builders. His idea was to interview twenty local business leaders that had either founded multigenerational businesses or built businesses that had expanded to make a large, national impact. We would then share their stories to educate and inspire others. Jay wanted me to lead the project as the book's author.

This has been the most inspiring endeavor that I have ever undertaken. These leaders' stories--which speak of grit, perseverance, determination, worth ethic, and business brilliance, all while maintaining the highest level of humility--have moved me. As such, in pursuit of this project, I too was galvanized into the world of entrepreneurship. I am now the founder of the Business Optimizer & Partners LLC, and a partner in the Capital Cigar Lounge, a venue where friends enjoy friends. Further, in the midst of digging into what makes Lincoln and Nebraska such fertile ground for business, I was invited by Governor Pete Ricketts to be the state's director of economic development.

I am grateful to have been so wholly welcomed into Nebraska and its capital city and to have had the chance to expand on what I've learned from the twenty businesses in this book. Together, we'll build an inclusive business environment, become a state that keeps its best and brightest home, welcomes returners and new additions alike, and attracts outside and international business interests to flourish here--because there's Something in the Water!

Now sit back and enjoy the experience of this journey into the history of Lincoln's founders and builders. I hope you too will find there is "something in the water." Maybe you will even be inspired to take a drink and create your own legacy.

With respect and admiration,